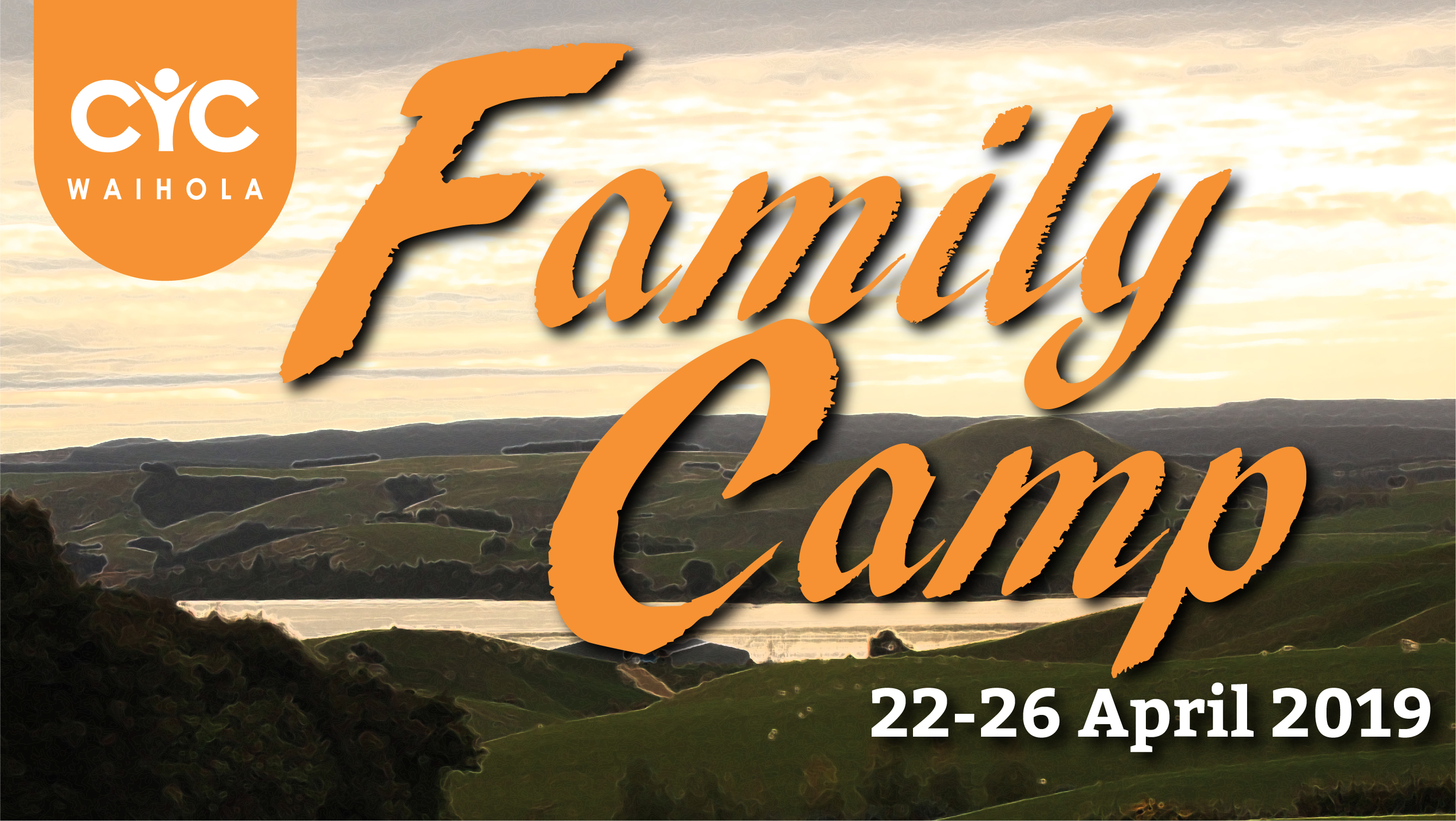 Family Camp is our annual camp for families to attend and have some good theologically sound teaching.

Dates:  Monday 22nd – Friday 26th April 2019Price:  Donation to cover cost of food and accommodationCamp Venue:  Main Lodge @ CYC WaiholaCamp Age Group:  All Ages – however young people under 16 need to have an adult responsible for them also at the camp.

Jason and Sarah have been married from twelve, almost thirteen, years and are the proud parents of Natalie (8), John (6), and Annabelle (5). The family loves New Zealand and have greatly enjoyed their new home. Grace Bible Church has been a huge blessing for the family. Jason attended Westminster Theological Seminary and served in pastoral ministry in the Presbyterian Church in America for seven and a half years before coming to do doctoral work at the University of Otago in January 2018. Jason’s work is in systematic theology and he also serves as an online instructor for church history at Westminster Theological Seminary. When he is not studying, Jason is likely out for a run or playing with his kids. He has particularly enjoyed learning this new game called cricket!

Jason will be speaking on The Lord's Prayer.

Geoff and his wife Sara moved to Southland from Wales in 2014. Geoff is pastor of Wyndham Evangelical Church and Sara works as a writer. They have a young son, Daniel.

Geoff will be speaking on church history.

Ian has been a pastor of Grace Wellington for ages and before that Ashburton. Ian with his wife Glenys still enjoy the ministry in Wellington our capital city. They have three children who are all married and three grandchildren who fill their lives with much joy and pleasure. In their spare time they enjoy fishing in the Cook Straight and relaxing at their Canterbury farm.

Ian will be speaking on The Crisis and Opportunity Of The Church.

Other Features of Family Camp

Much of CYC is run on the donation of funds and time given by it’s supporters … so come along and help out at our regular work days.

Details for this work day

Our Fellowship Days are where we meet together to do some work around the CYC Waihola camp-site together and train together.

Each Fellowship day has a a working bee and a training session to allow our camp leaders up-skill in some aspect of practical leadership such as activities training, kitchen training, etc.

Much of CYC is run on the donation of funds and time given by it’s supporters … so come along and help out at our regular fellowship days.

Details for this fellowship day

Flying Fox - we will be doing assistant and supervisor training and refreshers. Along with mid-line rescue training which is now required for all supervisors.

The trees have been felled up near our new archery range. This area needs tidied up ready for our archery range building to begin.
Tools Needed:
Shovels, Spades, Garden Forks, Wheel barrows

We want to landscape several of our activities with tussocks including our footpath verges, assault course margins and several banks around the camp.
Tools Needed:
Spades, Shovels, Garden Gloves, Trailer

After a busy season of summer ministry and school camps we are keen to start rebuilding our waterslide ready for next summer.
Tools Needed:
Shovels, Spades 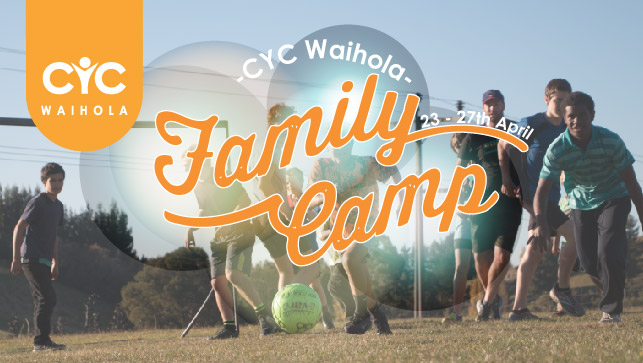 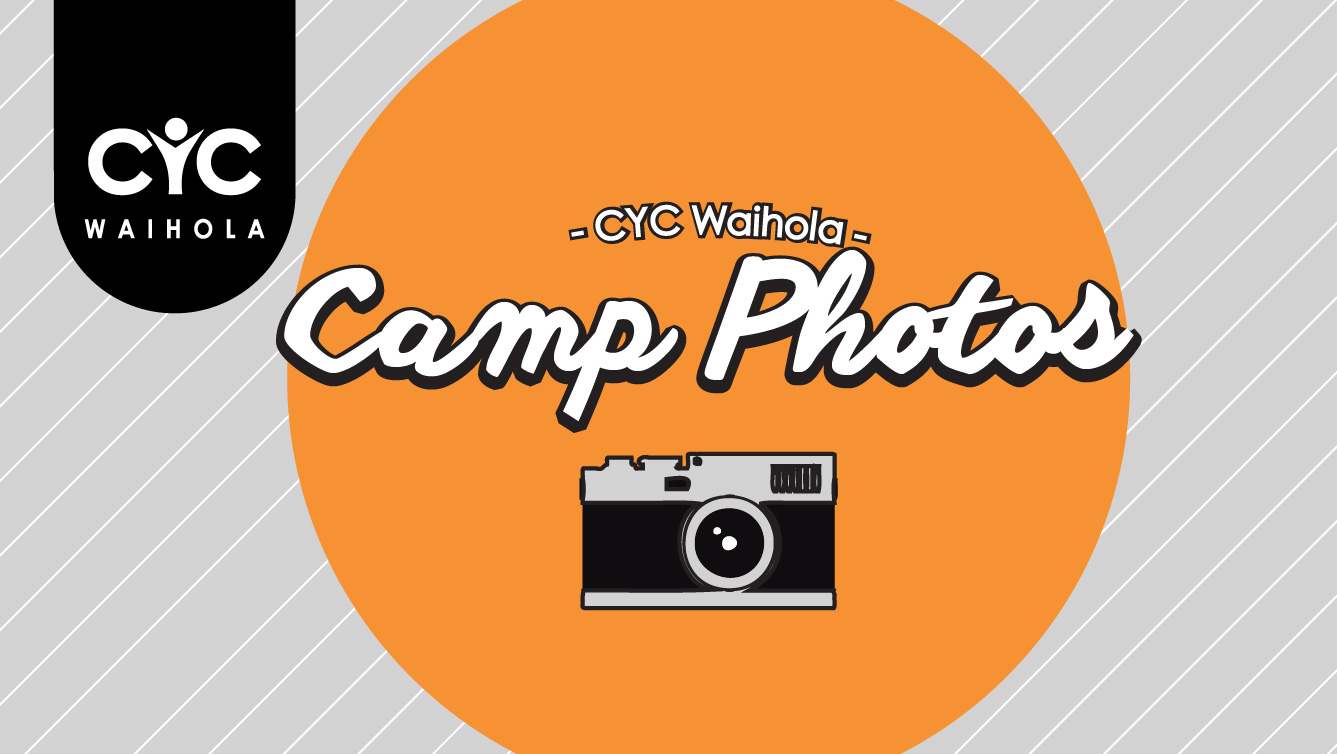 Want to view all the fun from the 2016 CYC Waihola Camps?? Follow the links 🙂

All photos are uploaded in high quality so they can be downloaded and printed. Campers were addressed as “Royal Highness’s” as they attended a Daughters of the King Camp at CYC Waihola. Lots of princess activities and a Royal Banquent on the last night of camp were some highlights. View photos from the 2016 Girls Pony Camp here:
Via Facebook

Campers were signed up to be a contestant in CYCs Amazing Race Boys Summer Camp! Come and enjoy a week of fun, outdoor adventure, clues, detours and pit stops. They experienced a week full of a series of challenges with a geographical base, 5 days, 5 countries, 5 Adventures.

Spiderman, Superman, The Green Lantern, The Flash, Captain America, Batman and the Incredibles are all superhero’s but what makes them special? This camp will featured lots of superhero training – try out the ‘Super-hero Mobile’, fly like Superman on the Flying Fox and much much more.

You can’t beat a trumpet and you certainly can’t beat Adventure Camp for the most fun you will have this summer!! We spent the week soaking up the summer sun as you do all manner of “sweet as” adventure activities which included: Paint-ball, Hunting, Raft Building, Water activities, Adventure Masters: Search and Rescue, high ropes, abseiling and rock climbing. 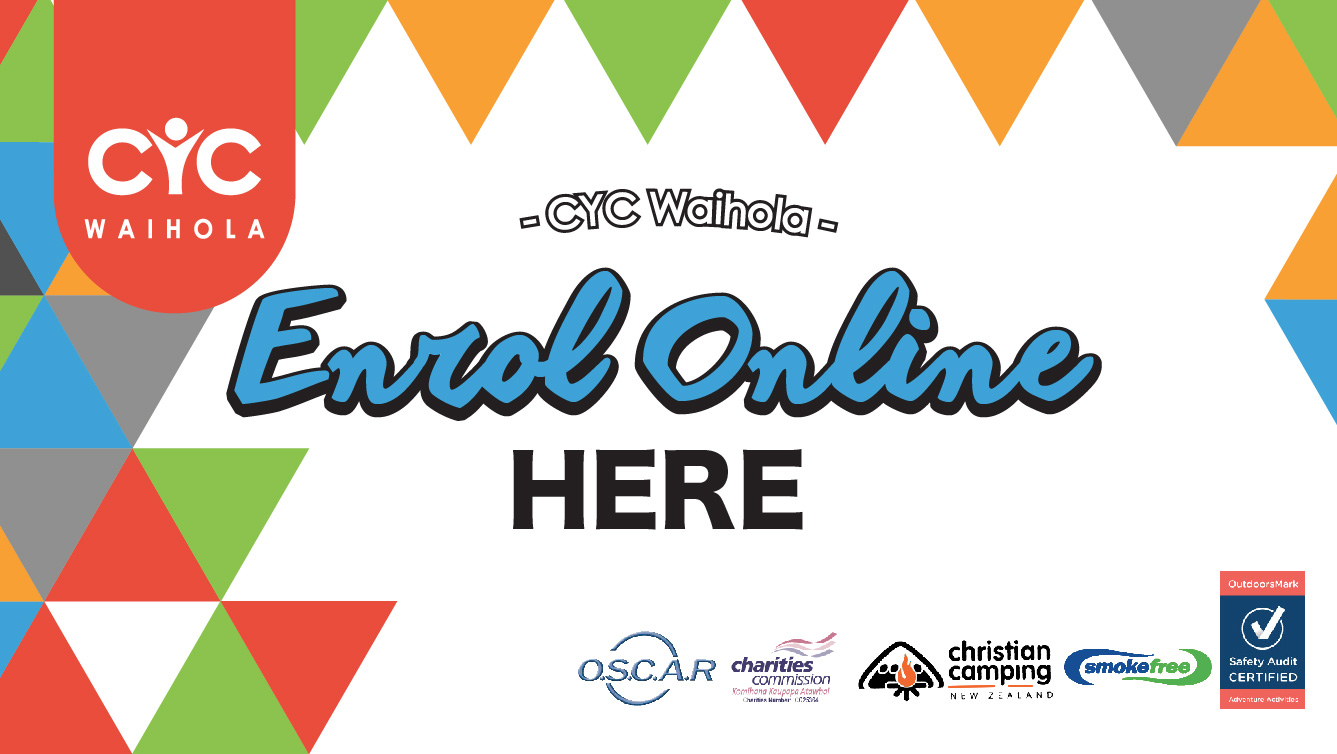 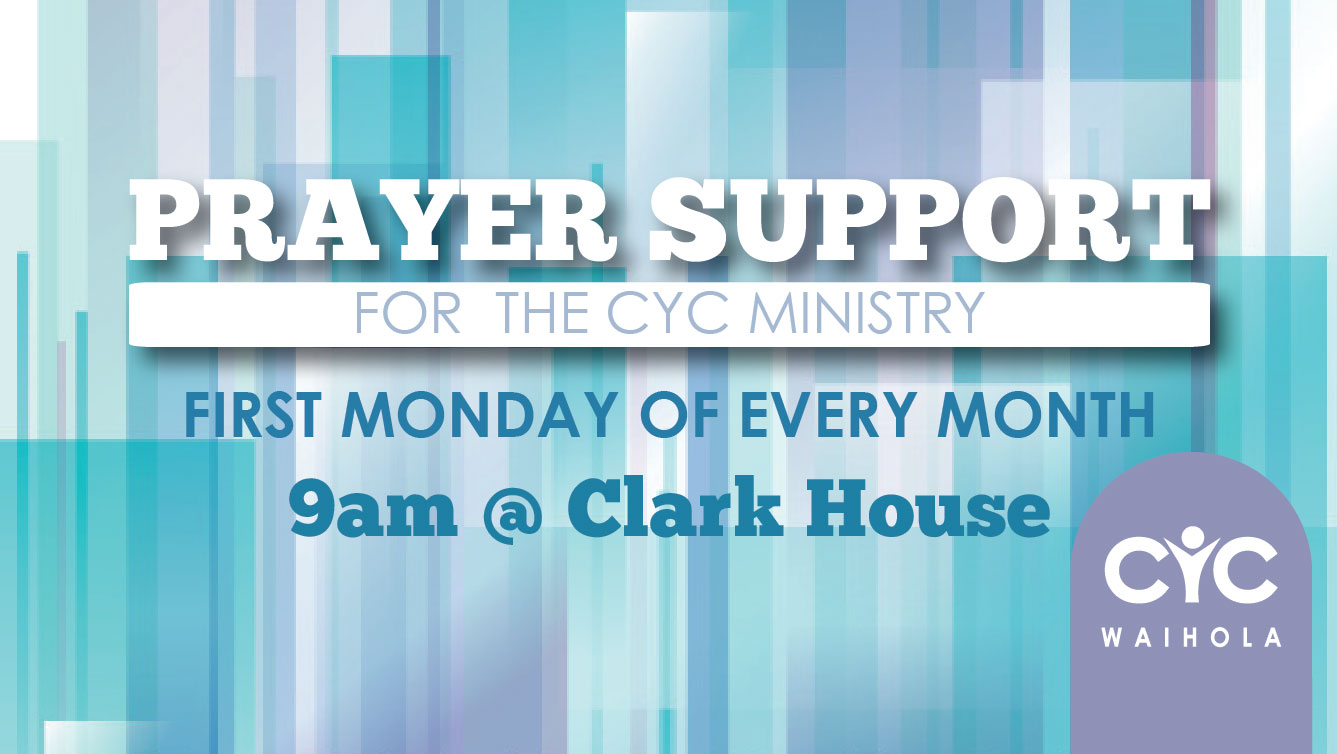 Each month we also run a low key get together to pray and chat about the CYC Waihola ministry. It is a time to be informed, a time to interact, and a time to pray. There is opportunity to see where God is leading us and to find our part to play in this ministry. We look together at the projects we are working on and providing up dates for the month ahead. 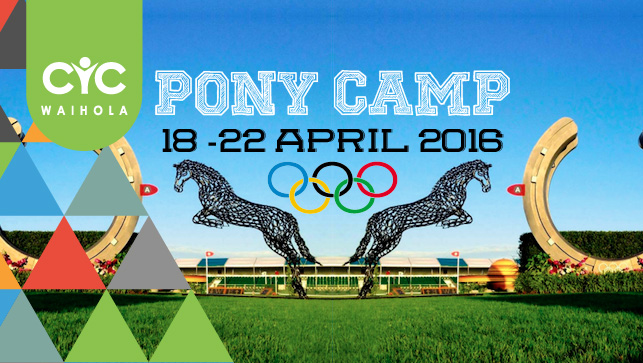 Here at CYC we love all things equine and we want to share this love with you – learn to ride, do cool activities on your horses and make new friends.

Each camper is assigned their own horse to ride and care for the entire week. This “ownership” opportunity makes the riding experience more rewarding and introduces campers to the responsibilities and joys of having their own horse.

This very popular camp is limited to 18 spaces. 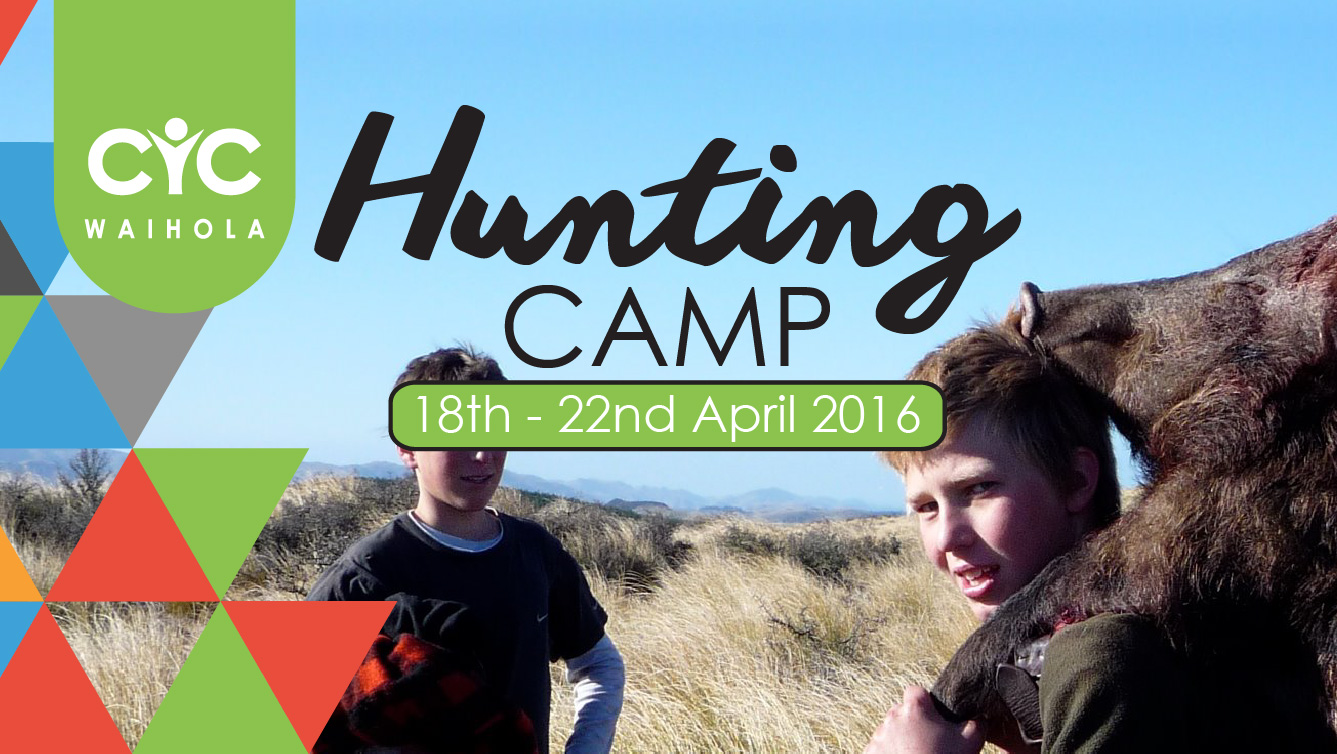 Bag yourself a goat, rabbit, pig or even a deer at this speciality hunting camp.

The camp is run on a high country farm in East Otago. You get to experience the outdoors in hunting your own meals, sleeping in a woolshed for the week….and you don’t even have to shower for the week!!!